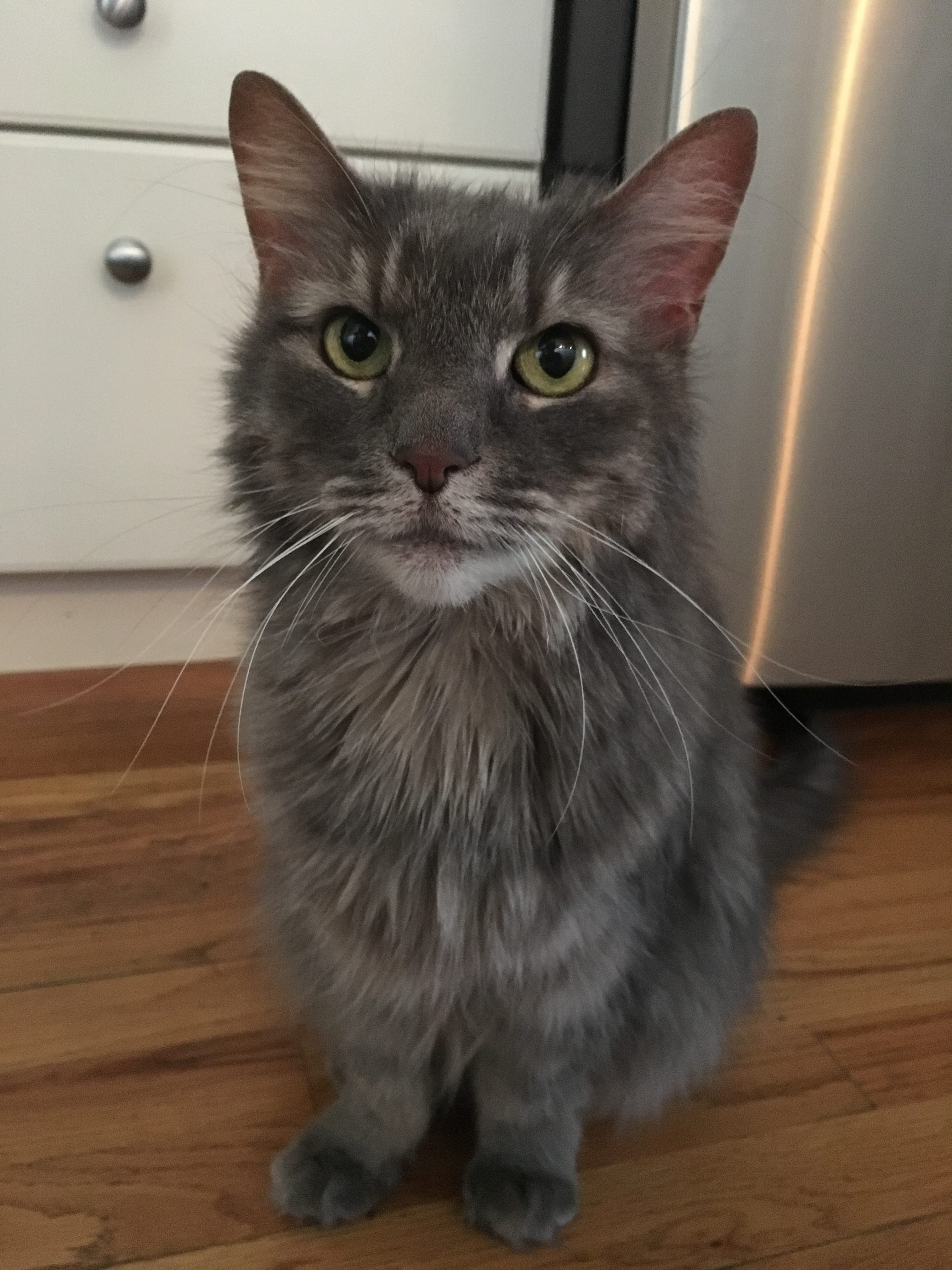 Preface: I never imagined I’d be writing a blog post about my cat. But here I am, and here we go.

On Wednesday, February 22 our beloved  13-year-old cat, Aspen went missing. This was most unusual for several reasons. First, she’s an indoor cat only who’s spent maybe a total of 3 hours of her life outside, always under watchful supervision. Second, she has rarely, if ever, tried to escape, so her desire, let alone access to sneaking out, is limited. Third, her opportunity for escape was an extraordinarily small window of possible access that all potentially involved parties have difficulty wrapping their head around.

Nonetheless, come nightfall on the 22nd we realized she was missing.  My wife and I frantically spent the next several days doing whatever we could to find her. We turned the house upside down, thinking she maybe got caught in a tight spot in the house. I went door to door within a several block radius, ringing door bells and leaving behind flyers. I peeked in neighbors backyards, sheds and garages, turning over anything that might contain our little furball. We sent out a mass notice on the Next Door app/website. All of this lead to number of calls, emails and texts from our wonderful neighbors about possible sightings. This fueled at least 10 sprints from my house as well as 3 or 4 frenzied hops in the cars to locations as far as a mile away to investigate possible sightings. And it was never her.

Not only were we concerned that she had gone missing, but we were worried about her ability to survive outside. She had a tendonectomy procedure as a kitten which kept her claws in tact, but removed her ability to actually use them. With a number of foxes and coyotes in our area, I knew she had the potential to be prey for a number of predators and wouldn’t be able to defend herself. She’s also never had to fend for herself, so her basic survival skills of looking for food, water and shelter seemed to be a stretch, especially as the days and nights passed. The weather was an additional factor, with several cold nights and some light dusting of snow.

After a week passed we had started to lose hope that we would ever see her again. But on the morning of Sunday March 5, I opened a set of blinds to see her sitting calmly by my back shed. We were delighted and relieved to see her again. Miraculously she was unharmed, not a scratch on her. She had lost a total of 4 pounds (33% her body weight) per our vet, and seems generally weak and lethargic, but otherwise in decent health.

1 Start with the end in mind.

All goals require a target, a finish line, or an idea of what is to be achieved – without this first being crystal clear it is hard to develop a path forward. In the case of Aspen, there came a point in my quest to look for her when I had to stop actively looking for her. I turned my thoughts to the concept that if she wanted to make it home, she would have to find a way home. I had no other option for my own well-being and knew that after a week had passed I was looking for a needle in a haystack. Somewhere within her she had to formulate an idea or an image of getting back to our home as the ultimate end goal. This served the basis for her subsequent actions.

2 Never give up hope.

Despite adverse weather, a presumed lack of food and water, and no clear place of a safe shelter, she had to maintain a belief that she was going to make it. Too often I see our cognitive beliefs turning on our success. The moment we begin to believe we will not be successful or that we can’t do something, our behavioral actions turn in that direction and we often actualize those thoughts. “Whether you think you can or you can’t, you’re right.” ~Henry Ford. There’s always hope. Always.

3 Solve one problem at a time.

I imagine her encountering a number of obstacles in her 11 day journey. Several nights were cold, with low temperatures in the single digits or teens. It snowed a few nights. Countless wildlife in the area posed as potential threats. She had to develop a concept of facing then solving one problem at a time, whatever was in front of her needing her attention. And then she had to do that over and over again. We each have to embrace the concept of dealing with whatever is immediately in front of us while holding a vision of the long term goal. Solving one problem at a time simply affords us the opportunity to tackle what comes next until we ultimately reach the finish line.

Solving one problem at a time requires a present moment focus – for Aspen staying mindful of her surroundings, her potential threats, and her possible solutions. For us, this involves mindful attention to our internal processes as well as the environment – how we’re feeling emotionally, where our thinking patterns shift, and how our bodies are reacting physiologically. Staying present can be as simple as connecting to one breath at a time.

This may be the most critical. Upon re-entering our home there were no complaints – yes, I know she’s a cat and doesn’t have the linguistic resources to voice them aloud. But, what I mean here is that she simply re-entered life and went back to her routine, almost as if she didn’t miss a beat. She seems relatively unphased by this ordeal, and is back to engaging with us, her surroundings, and her environment in her usual fashion. Too often, we humans get wrapped up in complaining about our trials and tribulations, how something ‘should’ or ‘shouldn’t’ have unfolded, or how unfair a certain situation was. None of this serves us adaptively. Complaining doesn’t solve problems, get you closer to your goals, and make your life any easier. In fact, it can slow us down or magnify difficulties. When possible, it’s best to move back into the flow of life.

Positive. Proactive. Psychological Services. MindBodyHealth is the premiere center for health, wellness, and psychological well being in Denver.